Limits on Pardons and Commutations

The General Assembly should not limit the governor's ability to grant clemency – otherwise known as pardons and commutations.

Clemency is often the only option for people who have been wrongfully convicted or given an overly harsh sentence. Everybody makes mistakes, and no person should be permanently judged only by the worst moments of their past.

Kentucky’s Constitution allows the Governor to grant clemency. Limitations in the courts frequently make this the only option to correct a sentencing mistake.

Kentucky over-criminalizes substance use disorder and crimes of poverty. This has ballooned our prison populations, broken families and communities, and weakened our economy. Thousands of Kentuckians are in need of mental healthcare but are instead torn from their families and incarcerated. Over-policing in communities of color has compounded this issue to disproportionately incarcerate people of color, especially Black Kentuckians.

As stated by the United States Supreme Court in Herrera v. Collins, "clemency is the fail-safe of the justice system," so it must be preserved. 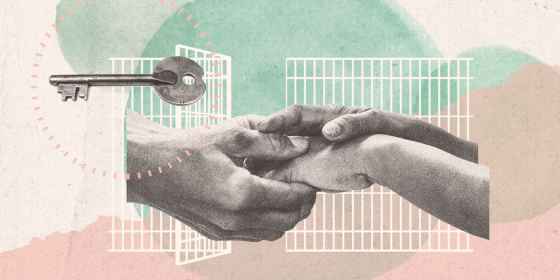 Kentucky Must Use National Opioid Settlement Funds for Harm...

Thousands of Justice-Involved Kentuckians Eligible to Vote in 2022...

Reclaim Your Right To Vote