Governor Beshear vetoed Senate Bill 9, which was passed late at night in the final three hours of the session. SB 9, the bill for the so-called “protection of infants born alive during an abortion,” was amended in the House to add the provisions of House Bill 451. HB 451 would have taken oversight of abortion providers from career health experts at the Cabinet for Health and Family Services, and permanently given it to the Office of the Attorney General. AG Cameron has made clear that if given this authority, he would shut down abortion providers during the ongoing COVID-19 state of emergency. The Governor’s veto was key to maintaining access to abortion care in the Commonwealth. 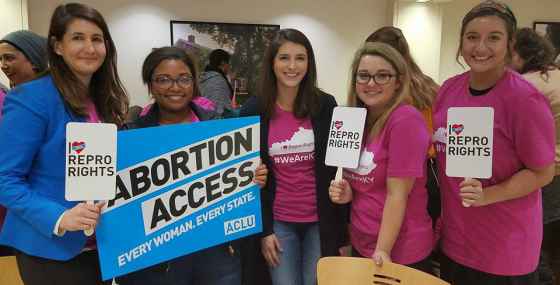 ACLU-KY Letter to Senators regarding SB9, Attack on Abortion Access

Statement from ACLU-KY and Planned Parenthood Advocates of Indiana...

Abortion Care Is Health Care And Essential During COVID-19 Pandemic