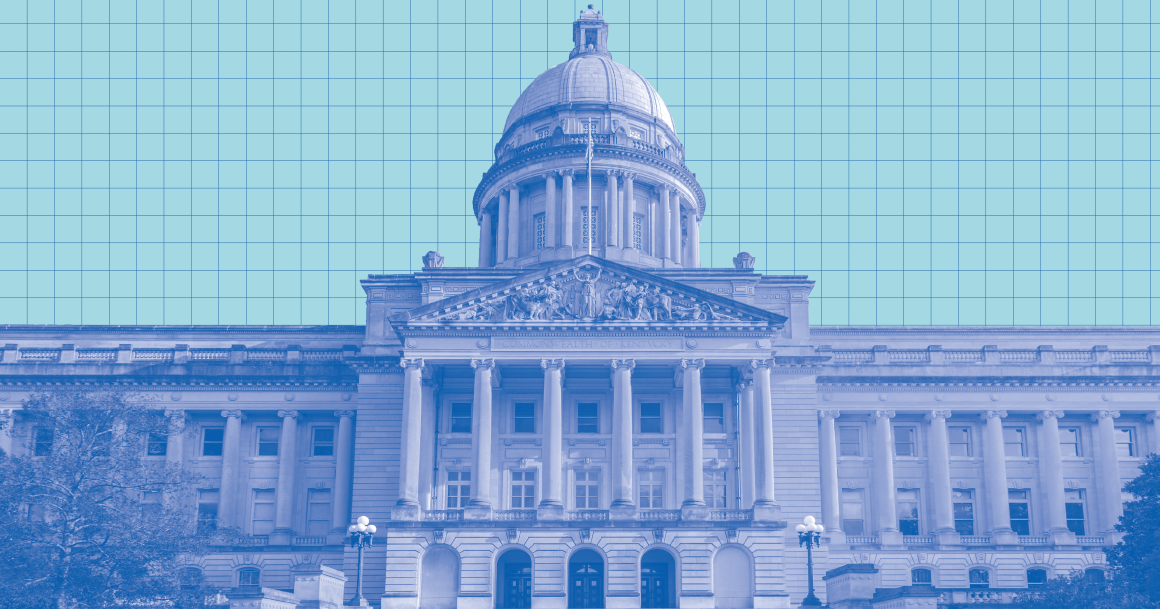 The 2021 legislative session runs from January 5 through March 31.

We're in Frankfort working with lawmakers and ally organizations to protect and defend the civil rights and liberties of all people in Kentucky. Scroll down to see some of the bills we are prioritizing this year.

We update the information in each bill each Friday by 5PM, ET. Follow our news updates here for a shorter weekly list of priority bills, which will be published every Monday by 5PM, ET.

Take action! Your voice can make a difference.

What is the legislative session?

Kentucky's Constitution requires the General Assembly to meet in Frankfort every year on the first Tuesday after the first Monday in January. In even-numbered years there are not more than 60 legislative days. The 2020 legislative session began on January 7, 2020, and ended on April 15, 2020.

Our team is on the ground in Frankfort during the legislative session almost every day. We connect people directly affected by different issues to their elected officials. This helps lawmakers learn about how their actions directly affect Kentuckians. We work with lawmakers to protect and expand the civil rights and liberties of all Kentuckians by supporting, altering, or defeating legislation that would threaten those civil liberties.

What is the General Assembly?

The General Assembly is Kentucky's legislature. This branch of government makes laws. It is made of the House of Representatives and a Senate. Each bill that becomes law must be approved by both chambers. Kentucky has a part-time citizen legislature with members from diverse backgrounds and communities.  All 138 members serve year-round as legislators, representing constituents, helping them solve problems, and studying new ideas.

There are no results for your search. Please choose a different filter.