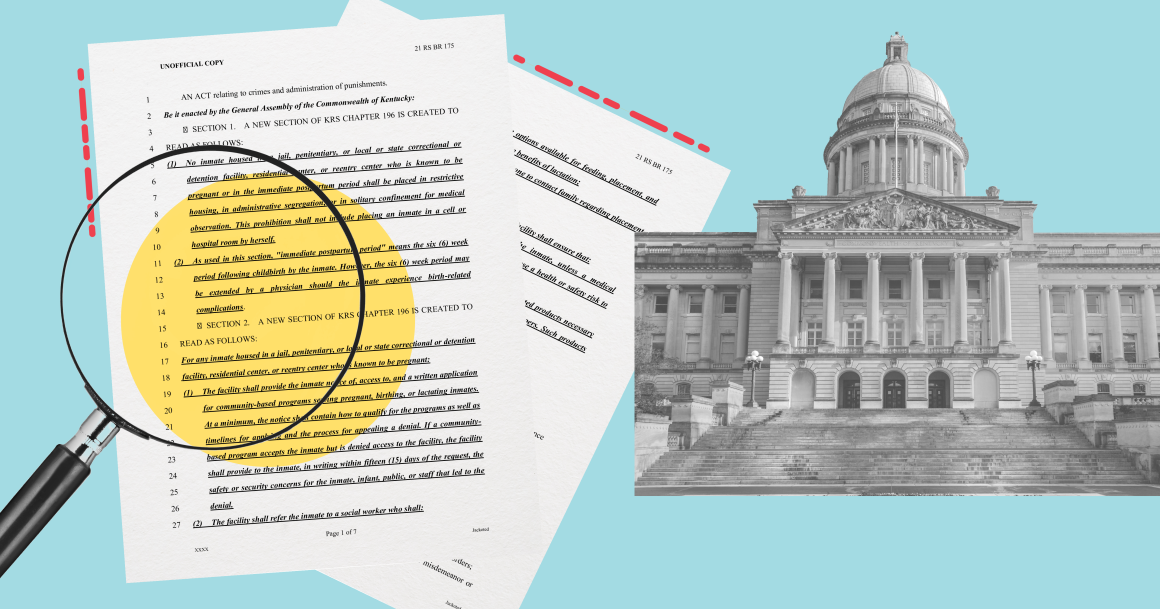 The 2021 legislative session ran from January 5 through March 30. Scroll down to see some of the priority bills we tracked.

We worked in Frankfort and remotely with lawmakers and ally organizations to protect and defend the civil rights and liberties of all people in Kentucky.

Send a thank you message to lawmakers who supported civil rights and liberties during the 2021 legislative session:

We often ask you to send emails urging elected officials to support and oppose certain bills. It is just as important to let them know you appreciate their work when they vote to protect the civil rights and liberties of all people in Kentucky. Click the link below to send a message now. It only takes a minute with our ready-to-use email templates (plus you have the option to add your own message) and you don't even need to know the name of your representative or senator.

SEND A THANK YOU NOTE

What is the legislative session?

Kentucky's Constitution requires the General Assembly to meet in Frankfort every year on the first Tuesday after the first Monday in January. In even-numbered years there are not more than 60 legislative days. The 2020 legislative session began on January 7, 2020, and ended on April 15, 2020.

Our team is on the ground in Frankfort during the legislative session almost every day. We connect people directly affected by different issues to their elected officials. This helps lawmakers learn about how their actions directly affect Kentuckians. We work with lawmakers to protect and expand the civil rights and liberties of all Kentuckians by supporting, altering, or defeating legislation that would threaten those civil liberties.

What is the General Assembly?

The General Assembly is Kentucky's legislature. This branch of government makes laws. It is made of the House of Representatives and a Senate. Each bill that becomes law must be approved by both chambers. Kentucky has a part-time citizen legislature with members from diverse backgrounds and communities.  All 138 members serve year-round as legislators, representing constituents, helping them solve problems, and studying new ideas.

House Bill 286 did not move out of committee, unfortunately. HB286 would allow Kentuckians to use Medicaid for doula services.

This new law will require Kentucky's annual report on maternal and child mortality to include an analysis of demographics by race, income, and geography.

While House Bill 102 did not make it out of committee, Senate Bill 51 became law and will implement similar changes. HB102 would make it easier for Kentuckians to seek treatment for substance use disorder by removing administrative hurdles related to insurance coverage.

Families belong together and all people in Kentucky should feel safe in their communities, regardless of their skin color or country of origin. HB242 failed, but a similar bill was the Senate's top priority in 2020, so we do expect similar legislation to return.

Similar to Senate Bill 111, House Bill 416 is billed as an anti-censorship bill, but it would actually interfere with the content private social media companies choose to publish on their platforms. This bill failed, but it is likely to return in 2022.