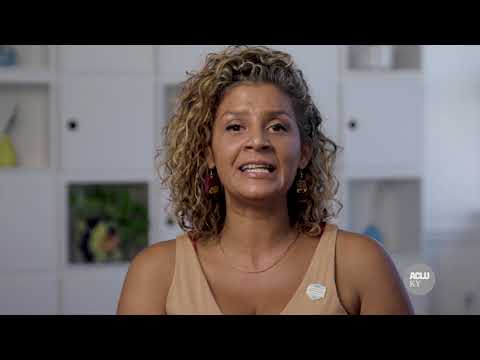 The Supreme Court today eviscerated the right to legal abortion in states like Kentucky by reversing Roe v. Wade in its Dobbs v. Jackson Women’s Health Organization opinion. The court ruled that states can ban abortion altogether, upending 50 years of precedent that millions have relied upon.

Anti-abortion activists are likely to argue that abortion is now banned in Kentucky under a 2019 “trigger law.” As a precaution, our client has stopped providing care while our legal team analyzes the court’s opinion and how it relates to federal and Kentucky laws. The ACLU of Kentucky and its partners are prepared to file a case in state court arguing the Kentucky Constitution allows for the legal right to access abortion. We will aggressively litigate this claim on behalf of our Louisville-based client, EMW Women’s Surgical Center, seeking relief from the courts that will allow all providers to resume providing abortions as soon as possible.

While the fight continues in the courts, the ACLU of Kentucky is deploying a multi-pronged strategy to defend abortion access at the ballot box, including working with Protect Kentucky Access, a broad coalition of Kentucky reproductive freedom advocates. This coalition is connecting with Kentuckians to inform them of an extreme proposal that would amend the state Constitution to explicitly state the is no right to abortion in the commonwealth. This amendment will be decided by Kentucky voters in the November general election.

“If abortion is, in fact, outlawed in Kentucky, we know many people will not be able to leave the state to seek care elsewhere, and we know this reality will disproportionately harm people living at or near the poverty line, Black and Brown Kentuckians, and those without the partner, familial, or job support needed to leave the state,” said Jackie McGranahan, policy strategist for the ACLU of Kentucky.

“Whatever shifting barriers anti-abortion judges and politicians put before us, we will never stop fighting for people’s ability to make their own reproduction health care decisions, including whether and when to become parents,” said Heather Gatnarek, ACLU of Kentucky staff attorney. “No one should have the decision to remain pregnant forced upon them, which is what anti-abortion politicians seek to do.”

"The ACLU of Kentucky is bringing everything it has to the fight for abortion access following this devastating ruling,” said Amber Duke, ACLU of Kentucky interim executive director. “We are mobilizing our members, supporters, and volunteers to show up at the statehouse and the ballot box to demand our rights to bodily autonomy. As we navigate a future in which the government can force Kentuckians to remain pregnant against their will, we'll be doubling down on our work to end maternal mortality, secure paid leave, and expand access to childcare."

Read the court's opinion in the PDF below.

Faith Leaders Agree: Amendment 2 is an Affront to Religious Liberty

We are Kentucky Rabbis and Cantors: Abortion Bans are Against Our...

Join the Campaign to Protect Abortion Access and Defeat Amendment 2

How to Seek Abortion Care In This Moment